A U.S. government survey claims that 1 in 10 U.S. children now has ADHD (Attention Deficit Hyperactivity Disorder) a condition that makes it hard for children to pay attention and control impulsive behavior. This is a 22 percent increase since 2003. In all, this brings the number of U.S. kids with the disorder to over 5 million, about 1 million more than had it a few years ago. Why the sudden increase? There is no such thing as a genetic epidemic. It seems to have become more or less the catchall designation for children who do not behave well! 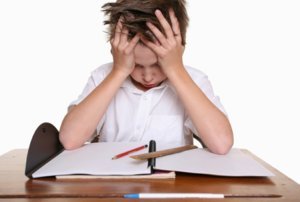 One wellness expert says it’s due to processed food including specific additives, environmental toxins, allergic reactions, increased number of childhood vaccinations, fluoridated water, emotionally unstable home environments and increased rates of birth interventions that lead to birth trauma and lack of oxygen in the newborn. He says some scientists are now aiming their research at finding genes that may make a person more susceptible to this disorder, but they haven’t found a combination yet.

One child and adult psychiatrist with some thirty years of experience in working with individuals with ADHD has said, “This is a neurological issue, this is a wiring issue that has nothing to do with will power and character and has everything to do with wiring. So the trick is to help children and adults learn how to modify and modulate their central nervous system.” LEARN HOW!! Boy do I have a solution for you Mr. Psychiatrist!!

ADD/ADHD and Your Brainstem

The brainstem modifies and modulates the function of the central nervous system. It is housed in the upper cervical spine at the level of atlas and axis directly below the base of the skull. Physical, chemical or emotional trauma in an individuals’ life can cause these two vertebrae to misalign straining and/or stressing the brainstems ability to function properly. Here at the Besso Clinic we identify, analyze and correct this phenomenon without drugs or surgery allowing the body to fully adapt to its’ internal and external environment so it can express health. Come and see what we can do for you!!