The Effects of Meniere’s Disease and How to Find Relief 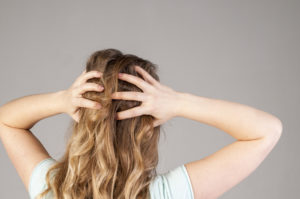 Meniere’s disease (MD) is a problem of the inner ear that is known for the following symptoms:

Drop attacks are also among the list of symptoms, when a person suddenly falls to the ground but does not lose consciousness. MD often only affects one ear initially. As time goes on, the other ear may also have the same problem. A Meniere’s disease attack could last from 20 minutes to 3 hours, and the duration of time between episodes varies. One alarming aspect of MD is that tinnitus and hearing loss could become permanent if not treated. People who are 40 to 60 years old are the most affected, though it is not limited to these age groups. One in every 1,000 people have MD, and the majority of them are female.

Why Is It Called Meniere’s?

In the early 1800s, Dr. Prosper Meniere discovered that the symptoms connected with this condition originated from the inner ear and not the brain as was popularly believed at that time. He also distinguished that MD was a single disorder, and recognized what symptoms it included. Eventually, his theory became commonly accepted, and the name Meniere’s disease was attributed to his discoveries.

Why Does Meniere’s Disease Happen?

Meniere’s disease is still somewhat mysterious for those in the medical community. They are unsure why why it happens, and it is frequently suggested that environmental factors and genetics play a role. Many theories exist as to why it occurs:

To learn more about the connection between head and neck injuries and vertigo download our complimentary e-book How to Naturally Relieve Vertigo without Drugs by clicking the image below. 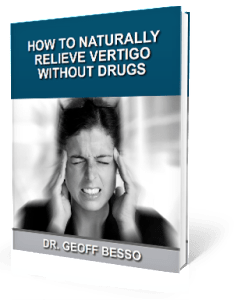 About 10% of cases connect it to heredity. The symptoms are related to an unusual amount of fluid building up in the labyrinth and inner ear. Doctors will usually make a diagnosis after a discussion of symptoms and a hearing test. A few conditions having similar symptoms are vestibular migraines and transient ischemic attack.

Usually the way MD is treated is by focusing on symptom relief. Medications get prescribed to help with the nausea and anxiety. As of now, there are not any care options that prevent attacks from occurring. Some suggestions for relieving the severity of symptoms are as follows:

Occasionally injections in the ear are suggested, and even a surgical procedure, when nothing seems to be working. These are usually last resort options because of the risks involved. Here are a few of these risky practices:

Are There Natural Relief for Meniere’s Disease?

There are a few at-home care options that are suggested for healing Meniere’s disease symptoms.

If the top bones of the neck – the C1 and C2 vertebrae – are misaligned, it could be the root cause of Meniere’s. When misalignment occurs here, it puts pressure on the brainstem, causing it to send improper signals to the brain. Included in this disruption are the nerves that connect the ear to the brain. This could account for the fluid build-up leading to the onset of Meniere’s.

There was a study done on 139 Meniere’s patients before and after they received care from an upper cervical chiropractor. Each individual had a history of trauma to their head or neck, ranging from whiplash to a trip and fall. Every patient experienced dramatic improvement in their symptoms once neck bones were realigned.

Here at Besso Clinic in Stow, Ohio, we use a very gentle method that does not require us to pop or crack the spine. Instead we encourage the bones to realign naturally. Our vertigo and Meniere’s patients have reported similar results as those in the previous study.

To schedule a complimentary consultation with the Besso clinic call (330) 689-1234 or just click the button below.
[aio_button align="center" animation="bounce" color="blue" size="medium" icon="none" text="Book Your Consultation" relationship="dofollow" url="https://info.bessoclinic.com/consultation-lp/"]
if you are outside of the local area you can find an Upper Cervical Doctor near you at www.uppercervicalawareness.com.

To schedule a complimentary consultation with the Besso clinic call (330) 689-1234 or just click the button below.

• How a Chiropractor in Stow OH Can Provide Neck Pain Relief
• Guide to Neck Pain Relief in Stow: 7 Tips from a Chiropractor
• 5 Natural Remedies for Meniere’s Disease
• A Veterans Guide to Whiplash or Concussion-Related Headaches
• Why Neck Pain Is Frequently Related to Migraines
• Vertigo Fall Prevention: 5 Mistakes You Should Avoid