Migraines with Aura: What They Are and How to Cope 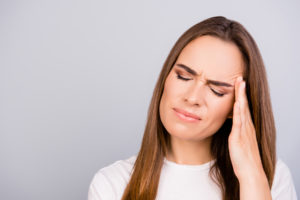 Ever wondered how migraines with aura differ from other types of migraines? By now, you're well familiar with the pounding, throbbing pain caused by a typical migraine attack. So how can you tell your episodes come with an aura or visual and sensory disruption. Let's further investigate in our discussion below.

As many as 1 billion people worldwide have migraines, while 39 million of these are in the United States. Migraines are the third most prevalent illness in the world. Out of every four households in the US, one has someone suffering from migraines. Migraines also tend to run in families. As many as 90 percent of those with migraines have a family history of them. They often begin in childhood and get increasingly worse throughout adolescence. Approximately 25 percent of sufferers have what is called an aura that comes on before their migraines. What is this?

An aura is a neurological disturbance which typically happens before the head pain begins and comes on during the second phase of migraines. An aura does not happen for all people. In fact, only around 25 percent of people with migraines have an aura, and they may not have an aura every time they have migraines. In some cases, they may have an aura, and it is not followed by head pain. This is called an acephalgic or a silent migraine. 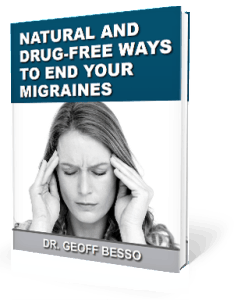 Symptoms of Migraines with Aura

There are quite a few different types of symptoms when it comes to auras:

Speech and hearing may also be impacted. Some people have reported such things as memory changes, feeling confused, feeling anxiety and fear, having partial paralysis, and even fainting.

What Causes Migraines with Auras?

Something interesting has been observed in those suffering from migraines when they undergo an MRI while they are experiencing an aura. A cortical spreading depression was noticed slowly moving across part of the brain. This is a change that takes place in the brain caused by a wave of impulses or nerve signals moving across it and disrupting the normal activity in these areas. This is thought to lead to a wide variety of migraine symptoms.

Avoiding Migraines with Aura and other types of headaches

There are some things you personally can do to avoid having so many severe and frequent migraines with aura. One thing professionals recommend is to keep a migraine diary. This means keeping track of your activities and foods eaten. You want to write down what you did a day or so before a migraine attack. Were you stressed? Were you excited? How was the weather? Was it very cold or very hot? Did it rain? Did you exercise more than usual? Did you drink less or more coffee? After a few times of writing these things down, you may begin to see a pattern developing, and this will help you discover and then avoid your personal triggers. They are different for each person.

It has been seen that a misalignment in the top bones of the neck may be to blame for both migraines with and without aura. The C1 and C2 vertebrae have been designed to add protection for the delicate brainstem, part of the central nervous system. However, a trauma to the head and neck can cause these bones to misalign. Things such as whiplash, a trip, and fall, a sporting accident, or simply overusing the neck muscles can lead to the bones moving out of place. When this happens, the bones begin putting the brainstem under pressure and can lead to migraine headaches. This can be due to improper signals being sent by the brain or the bones acting as a blockage to the fluids vital to the proper function of the brain.

Here at Besso Clinic in Stow, Ohio, we use a gentle method that works by helping encourage the bones of the neck to move back into place. Rather than popping the bones or cracking the neck or spine, the method is more natural and allows the body to heal from the damage done by the misalignment. Many of our patients and those in case studies have reported a major improvement in their migraines after just a few visits. Some patients see their migraines go away entirely.

To schedule a complimentary consultation with the Besso clinic call 330-845-5910 or just click the button below.
[aio_button align="center" animation="bounce" color="blue" size="medium" icon="none" text="Book Your Consultation" relationship="dofollow" url="https://info.bessoclinic.com/consultation-lp/"]
if you are outside of the local area you can find an Upper Cervical Doctor near you at www.uppercervicalawareness.com.