Managing Migraines at Besso Clinic of Chiropractic in Ohio 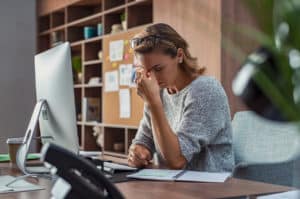 Every migraine chiropractor in Stow is helping patients in managing migraines. Migraineurs know how intense and miserable migraine pain can be. At least 30 million American women, men, and children are migraineurs. Globally, at least 1 billion people deal with debilitating migraines. Would you like to know more interesting facts about migraines?

Migraines are excruciating and may occur for several hours or a few days. Some have what is called an aura. It is a kind of warning signal that comes on right before the head pain hits. This aura is usually visual and may include signs like blind spots, flashing lights, or tingling felt on one part of the face or in the left or right side of the hands or feet.

Migraines are a neurological condition that causes severe symptoms. A migraine chiropractor in Stow regularly gives migraineurs hope for relief. Migraines are infamous for causing:

The 4 Migraines Phases and Their Symptoms

Frequently, migraines progress through different stages. However, it is also possible that you may not feel every step of a migraine. Let’s see what each one phase is about and what it contains.

These slight changes may happen one or two days before a migraine happens:

It can occur right before or during a migraine attack. Most migraineurs do not feel this stage. Aura is the main symptom in this phase that includes visual disturbances – flashing lights, sparkles, wavy lines, or zigzag vision. However, there are some instances where auras can be speech disturbances (verbal), touch sensations (sensory), and motor or movement issues. You may also feel a weakness in your muscles or even sense as if someone is touching you. The warning signs of an aura begin slowly and build up for several minutes. They may last for 20 to 60 minutes. These are the symptoms:

Migraine attacks may last from 4 to 72 hours, and this would vary depending on the person. Migraines may happen now and then or several times in a month. Some people have what is called chronic migraines. It can happen for more than 15 days in a month. When experiencing a migraine episode, you may have any of the following:

It is the final stage of a migraine. It may have two possible effects on migraine patients: First, they would feel washed out or exhausted. Second, they are just excited and full of energy. This stage can last for as long as 24 hours, and you may feel any of these:

Knowing the condition intimately is an important step in managing migraines. Sadly, the general public usually misunderstands migraines. No one is entirely sure of the exact reasons why they develop. Although there are many theories abound. Environmental factors and genetics seem to play a significant role. Researchers suspect that migraines may come about because of the changes in the function of the brainstem and how it closely interacts with the trigeminal nerve. The trigeminal nerve is one of the body's major pain pathways.

Brain chemicals may also be involved if they become imbalanced for some reason. Finally, serotonin, a hormone that helps regulate pain in the nervous system, may also become involved. Why? It's because serotonin levels drop during a migraine episode. A migraine chiropractor in Stow understands how to give patients better care for their migraines.

Since the brainstem and nervous system are factors in migraine development, it is an excellent idea to determine what is causing the problem with these systems immediately.

Many migraineurs have a misalignment in the top bones of their neck. How can a misalignment in that part of the neck happen? It usually occurs after a person experiences a trauma or injury to his or her neck or head. Sometimes, it is due to a whiplash event, a slip and fall incident, and also a car or sporting injury.

The atlas (C1) and axis (C2) vertebrae are in the same region as the brainstem. These two highly valuable bones protect the delicate brainstem.  If they suffer misalignment due to a blow to the neck or head, they can cause excessive pressure on the brainstem and send the wrong signals to the brain. This misalignment can also affect hormone production as well as cause issues with your trigeminal nerve. All of these can add up to the pain and many symptoms of migraines.

At Besso Clinic of Chiropractic in Stow, OH, we use a gentle procedure that realigns the vertebrae into alignment without any excessive force. Instead, our method is a more natural, precise, and gentle technique that leads to a longer-lasting adjustment. Once the bones have aligned back into proper position, the body will start to heal from all the damage done due to misalignment.

Case studies and our patients have already reported experiencing a significant improvement in their migraines. Some patients even see their migraines go entirely away. Come and meet our migraine chiropractor in Stow, Ohio.