Is It Normal to Suffer from Migraines? 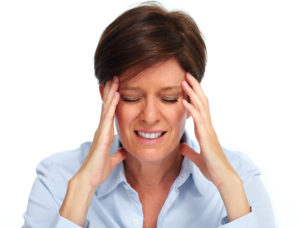 Migraine episodes seem to be such a common part of life for some people that they learn to accept and live with them. However, migraines are not normal and should never happen according to medical professionals. Their exact cause is unknown, but for those who suffer, what is known is that the pain of migraines is intense and often accompanied by:

Migraine episodes usually last anywhere from 2 to 72 hours. Most of the time, those who have these attacks want to shut themselves away in a quiet, dark room until the pain subsides. This is not a normal part of life. Rather, it is the body’s way of telling one that something is wrong. In severe cases, medical attention should be sought immediately. Here are some symptoms that should not be ignored. Rather, they warrant a visit to the emergency room:

To learn more about the connection between head and neck injuries and migraine episodes and other headaches download our complimentary e-book Natural and Drug-Free Ways to End Your Migraines below.

Where to Turn for Migraine Episodes Help

A general practitioner will often prescribe certain medications to help those with non-life-threatening migraines. However, these often come with unwanted side effects and, in the long run, may actually make migraines worse.

One area that has seen much success in alleviating migraines is that of upper cervical chiropractic care. This is a specific form of chiropractic that does not require popping or twisting of the spine. The focus is on using a gentle method to help realign the bones of the upper neck. This is often the root cause of migraine episodes. It is very mild procedure that has shown itself to help migraine sufferers.