The Distressing Phases of Migraines and How to Find Relief 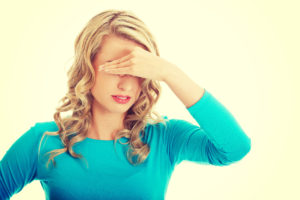 Have you ever heard about the different phases of migraines? How do you know what phase you're in? In the discussion below, we'll tackle everything you should know about your symptoms.

Migraines are primary headache disorders known to cause repeated head pain falling into the range of moderate to severe. Other symptoms are:

As many as 15% of people worldwide suffer from migraines. Most commonly, people start getting them during puberty and they become worse in middle age. With women, they may become less common after menopause. Interestingly, there has been information found as far back as 1500 BCE describing migraines. This is an age-old condition still causing people today much distress.

Most family doctors suggest their patients begin with a simple over-the-counter medication like ibuprofen or Tylenol (acetaminophen). They may also recommend medication to care for nausea that accompanies migraines. If this does not work, triptans or ergotamines will more than likely be tried, possibly with caffeine. Some other medications that are quite popular are valproate, topiramate, and metoprolol. It is important, however, to remember that these medications, while providing some relief, do little more than cover over symptoms until the pain subsides. Migraines will often return another day if the underlying cause is not addressed.

There are four possible phases of migraines, although not all four are always experienced. Let’s take a detailed look at each one to help you understand what you may be going through before, during, and after a migraine.

Around 60% of people who get migraines go through prodromal or premonitory symptoms associated with this phase. These symptoms begin anywhere from two hours to two days before a migraine begins. Symptoms of this phase, which may or may not include an aura, can include:

An aura is one of the phases of migraines and it's characterized by a set of specific symptoms that often occur gradually over a few minutes and typically last around an hour before an actual headache hits. Symptoms can be:

Some people have more than one of these. Visual is the most common and is described as:

Sensory auras are the second most common. Symptoms are:

The head pain usually is one sided and moderate to severe in strength. It can be made worse through physical activity. In at least 40% of cases, the pain is on both sides and accompanied by neck pain. Bilateral pain is more common in those who do not have an aura. Other symptoms of this third phases of migraines include:

The last among the phases of migraines come about after the head pain has subsided. Many report feeling “hung over”. Other symptoms are:

Oddly enough, some feel very happy and rested, while others suffer from depression and malaise. This may change for the same person at different times.

Can Anything Help with the Pain of Migraines?

Now that you're familiar with the phases of migraines, you can now The underlying source of migraines has, in some cases, been linked to a misalignment in the bones of the upper cervical spine, particularly the C1 and C2 vertebrae. How does a misalignment happen here? It can be due to a minor or major trauma. Car accidents resulting in whiplash are often to blame. Other trauma that causes a blow to the head or neck can be the source, including sporting accidents or simply tripping and falling.

A misalignment in this area can put the brainstem under pressure, as it is located in the same vicinity. This means it can send faulty signals to the brain about oxygen supply and pain. This can lead to a migraine. Also, nerves and blood vessels can be negatively impacted in the neck, also leading to migraines.

Here at Besso Clinic in Stow, Ohio, we help our patients with migraines by using a gentle, yet specific method to help the bones of the neck to realign. This does not require us to force or crack the spine or neck. Rather it is a more natural technique to help the bones move back into place. This results in a longer-lasting adjustment. Many of our migraine patients and those in case studies report seeing positive results in as little as one or two adjustments.

To schedule a complimentary consultation to resolve your phases of migraines call 330-845-5910 or just click the button below.