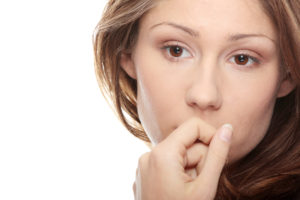 A big complaint from fibromyalgia sufferers, apart from the widespread pain, is the ongoing fatigue.  Also, sleeping with fibromyalgia proves to be extra challenging. Even if a full night of sleep occurs, waking up feeling refreshed or rested may not be the case.

Some interesting things to note about sleep patterns in people with fibromyalgia are:

Generally speaking, your central nervous system is the master control system in the body. Relevant to fibromyalgia sufferers, the nervous system is in control of sensing pain and regulating hormone balance, which is critical for a normal sleep cycle. If there is a problem with the master control system, the other systems might not work as they should. Many patients find sleeping with fibromyalgia extra challenging. Good thing, there's a natural remedy you can try.

Upper cervical chiropractic is a means of caring for your nervous system by ensuring it is functioning at an optimal level.  We do this by taking a look at the alignment of the uppermost vertebrae in the neck and how they sit with respect to the brainstem, an important piece of the nervous system.  If the atlas shifts out of its normal alignment, it can have a negative effect on how the brain is able to communicate with the rest of the body over the nerves.

Distorted signals may lead to an increase in pain sensitivity or the interruption of normal hormone release.  Restoring normal atlas alignment, which we accomplish using very gentle and precise adjustments, can allow for the brain-body communication to occur as it was intended to and can lead to the reduction of fatigue and other fibromyalgia symptoms. With this procedure, we hope to make sleeping with fibromyalgia easier.

To schedule a complimentary consultation for sleeping with fibromyalgia becomes easier, call 330-845-5910 or just click the button below.