Besso Clinic – Taking on the Task of Fighting Fibromyalgia 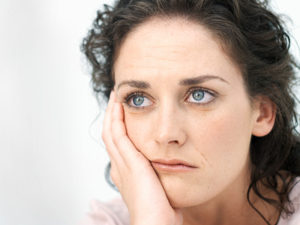 Are you considering seeing an Upper Cervical Chiropractor in Stow? After all, dealing with fibromyalgia can sap a person’s energy and cause him or her to lose out on living life to the fullest. One’s overall quality of life is often negatively impacted. The symptoms associated with fibromyalgia are:

The reason that fibromyalgia happens remains under much debate among researchers. Some attribute it to:

An Encouraging Report About Fibromyalgia

Not too long ago, Fox News told the story of a person who had been in a number of serious accidents, none of which were her fault. She was then diagnosed with fibromyalgia and suffered for almost 30 years. She began to seek the care of an upper cervical chiropractor as a last resort. What were the results?

After just one visit, her husband discovered she was crying. But it was not because she was frustrated or in pain. Rather, she was elated! She could finally wash her hair while she was in the shower – something she had not been able to do previously due to the pain. After a year of care, she reports being able to raise her arms fully, read books, and sleep for about 6 hours every night. All of this she was unable to do before her chiropractic visits.

To learn more about the connection between head and neck injuries, fibromyalgia and upper cervical chiropractor in Stow, download our complimentary e-book Simple and Extremely Effective Ways to End Fibromyalgia Symptoms without Drugs by clicking the image below.

An upper cervical chiropractor in Stow does not practice traditional chiropractic methods. We do not pop or twist the spine in any way to get results. Rather, at our Stow, Ohio office, we use a gentle method that helps the bones to move back into their original position naturally, leading to long-lasting results.

It has been observed that if one has a misalignment in the C1 or C2 vertebra, fibromyalgia can be the outcome. This is due to pressure being exerted on the brainstem, leading to distorted signals being sent to and from the brain and body. Substantial improvement has been noted once this problem is corrected and the body begins to heal from the damage. Some see fibromyalgia symptoms go away entirely.

To schedule a complimentary consultation with an upper cervical chiropractor in Stow call 330-845-5910 or just click the button below.